Last night I spent the unsettling night. Is it due to fatigue? It may be caused by air pollution in a long way jeepney from Antipolo to Cubao.

A woman asked me, “Why are the Japanese skins strong?" I answered, "It depends on each person." And I told her the following facts. There were also serious pollution in Japan like Minamata disease or Yokkaichi asthma…etc. Only the names of those pollutions are listed in the textbooks of elementary schools. But just names...

Why did I talk this to her? Because Japan is a “pioneer" who reflected on its negative history? ...... No way.

In my student age, I mentioned a shallow idea. "Human beings can learn from history, so we become smarter by accumulating histories." At that time, a teacher who were always gentle got very very angry with changing his face to red. Now I can understand the meaning of his anger.

Maybe there is loneliness under the human skin. When uber's car rocked, she began to lean on my shoulder. If she did it, I may have decided to commit to her loneliness more deeply. But I was afraid that. Perhaps she also felt so.

However, in the Philippines, you know, it's a daily matter that skinstouch each other. Affectionate hug. Close body contact in a crowded jeepney. Sweaty skins are often touching.

Words are also. Filipino exchange their moist feelings through conversations from every morning until every night, or from dusk till dawn. Even if I’m alone in a town, I can feel that easily.

Well, In the past few days, I received some invitations for sexual massage. To be honest, some of them upset my heart, but eventually I declined them. I’m not here to extend the black history lying between Japan and the Philippines. I will access this history in some ways. Not to continue but to create new future.

However, it was a fact that I wanted a real massage. No sexual massage. But my favorite massage shop was no available because the slot was full… Perhaps I should have filled this blank with a fake massage.. OK. Now in the Philippines, we are in Holy Week. I can endure my suffering. 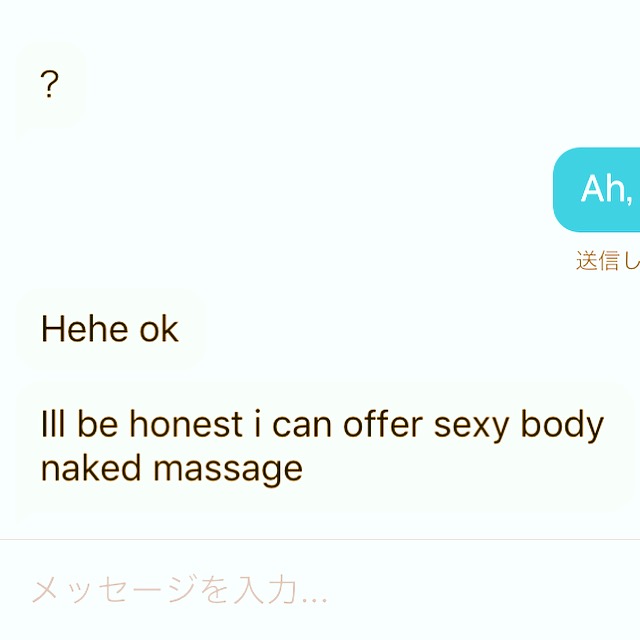